Understands my words way more than I expect.

Signs “milk”, and says “mama” and something very close to “bird”.

Reads books out loud and talks in an adorable unknown language that includes words like “apbm”, “capbm”, and “puapua”.

Knows exactly what we’re talking about when we sing the tune made by a certain toy, book, or video.

Hides behind the foot of our bed and pops up laughing when I say “Where’s Joaquin?”.

Laughs at jokes that he’s seen me laughing at. 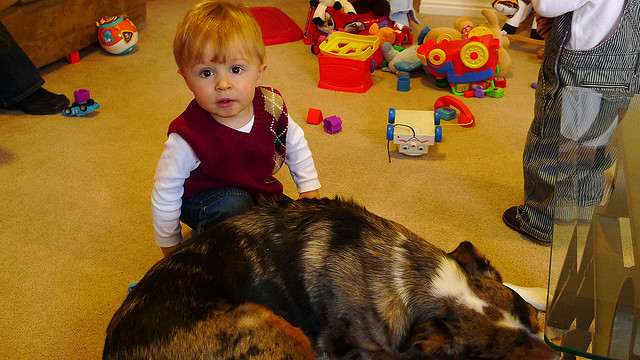 Loves to follow the vacuum cleaner, but is terribly afraid of the washing machine.

Won’t keep any hat on, not even for a second.

Cuddles every once in a while.

Slides on his belly down the stairs. The speed gets specially scary when he knows we’re going outside.

Plays his electric guitar (a tiny freebie found by Poppy on a cereal box) like a rock star.

Is still not interested in watching Dora, Mickey Mouse, or the Backyardigans.

Rushes to greet daddy as soon as he gets home.

Inspects and experiments with the kitchen cabinet doors like he’s trying to figure out how to release the child–safe locks. I think he’s on the verge of figuring them out.

Keeps throwing his food and cup to the floor, but when told, usually makes an effort to remember to place the cup on the table.

Moves the play yard (I was using to block his way upstairs) out of the way, and goes upstairs when I’m in the middle of something and don’t want him going up. Hates the new gate keeping him downstairs.

Walks ahead of me around the neighborhood, and looks specially adorable holding my hand as we both walk out of the post office.

Acts and looks more like a boy and less like a baby, and that makes me very proud of him… And also a little nostalgic. 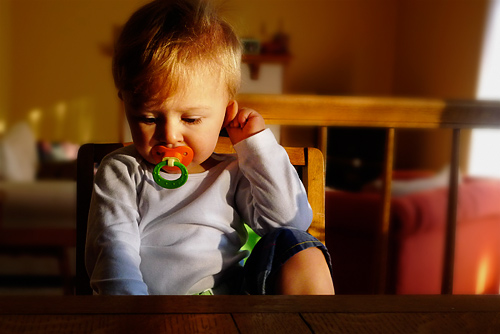