Over the last few years, age started beating poor Siege really hard. Every year she’d get sick and the hospital bill would often be around $1,500. It was clear that we needed to replace her, but we don’t like change. And with Joey still in school, we didn’t feel it was prudent to do it. And then, it was just a question of time; we didn’t want to spend the time it took to find her a replacement.

But last weekend she started showing symptoms again, and the diagnosis was really bad. So many things were wrong with her, and this time it would take $1,700 to get her back on her feet.

We probably knew the end was near because over the last few days, every once in a while I’d ask Joey what we would do with Siege when the time came. Joey liked to joke I’ll just take her out to a field… [gestures of pointing with a rifle] It’s been a great run, darling. This will hurt me more than it will hurt you… Turn around!

Siege used to be named “Rhoda”, back when she was very young and beautiful. But at some point, Texas decided that she needed new plates, and so Joey’s darling became “Siege”. When we moved to Utah, she got new plates that we were never able to memorize (they lacked the panache), and so she stayed Siege all the way until yesterday, when Joey finally had to take her to that field.

I wanted to honor our oldest member in the family with some last photos. Tapped her lovingly and told her that we loved her, and when Joey was right about to really take off, he reminded me:

“We started dating in this car.”

It’s true. Rhoda (at the time) was our third musketeer on all those splendid nights Joey courted me back in Dallas taking me to multiple destinations on the same date. I think she had already become Siege when we got married, and she took us to our wedding site, and back home. And she took me to the hospital to deliver our baby. Joaquin never rode in Siege, but by some crazy coincidence I was able to snap a shot of our baby saying goodbye to her. 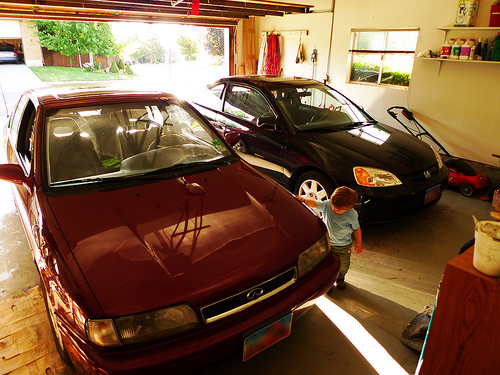 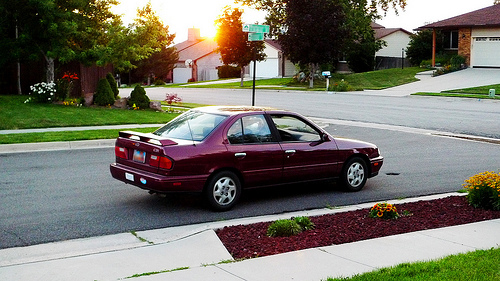 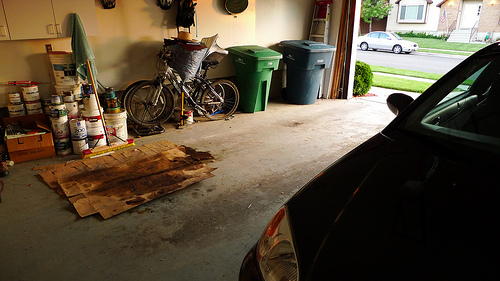 You leave a hole in our little hearts, and this update from Joey makes me hope that you are in a better place…

“We sent [her] off to a farm. She’ll be fine. Plenty of open space to stretch her wheels.”