A Book Collection by “Harey”

Joaquin’s newest passion is to write illustrated STORIES (whoo hoo!). He started a few days ago, and as I’ve added variations, it’s become a new favorite activity for him. 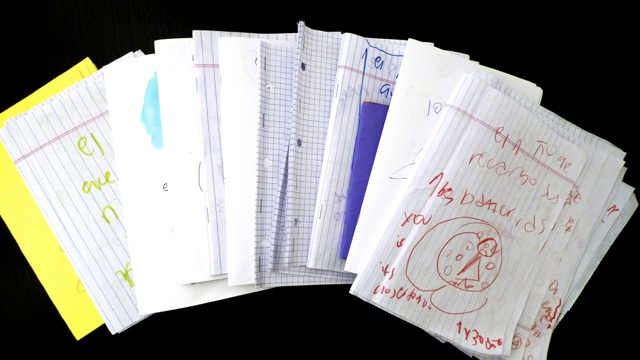 I love his illustrations. They’re 3-dimensional and so expressive. This is “The boy who recharged his batteries” (we often talk about me needing solo time to recharge my batteries and gain energy). Page 7 illustrates “they went down the stairs”, and page 11 shows this heavy dense cloud around a very upset boy. I love it!… I wonder if that’s what he sees when I have low energy; who knows!… I mean, he drew it. 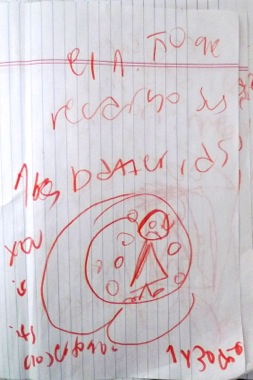 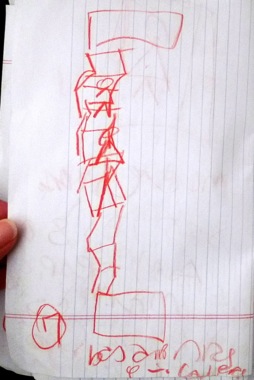 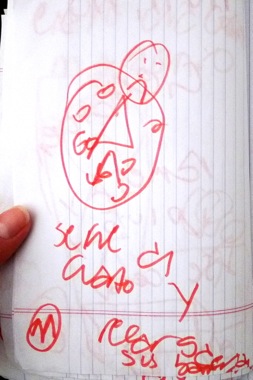 Of course Joaquin has asked me to write my own books, so I’ve used the opportunity to communicate little messages to him through the fun stories, like the fact that “this boy” wrote so fast, sometimes it was hard to read his writing. The book was actually about a very smart little boy who could read and write, but didn’t know yet punctuation. As Joaquin reads it, he stops and comments half surprised, half amused: I don’t know punctuation! 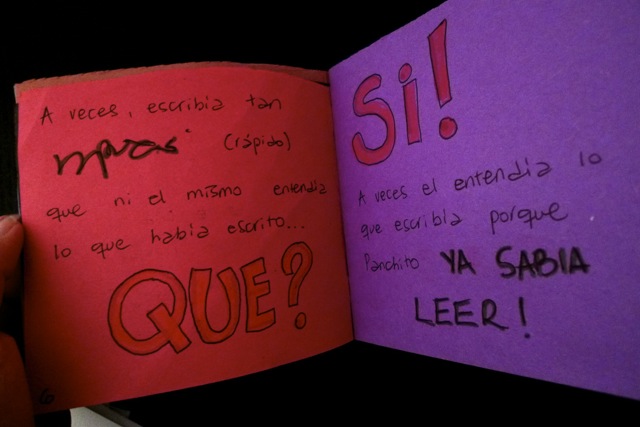 Every day he asks me for writing prompts. One of the early ones I gave him was “The boy who could see spirits”. I give him ideas with the hope that he’ll reveal some juicy information about himself through his writing. He decided to rename this one as “The Boy’s Spirits”, and I HAVE to share the text because it is so interesting and cute (it’s hard to translate, but here is a try)…

After several books, I went for a new variation: Let’s illustrate with watercolors AND let’s work together on the same book. He took on writing the text and we both took turns illustrating. 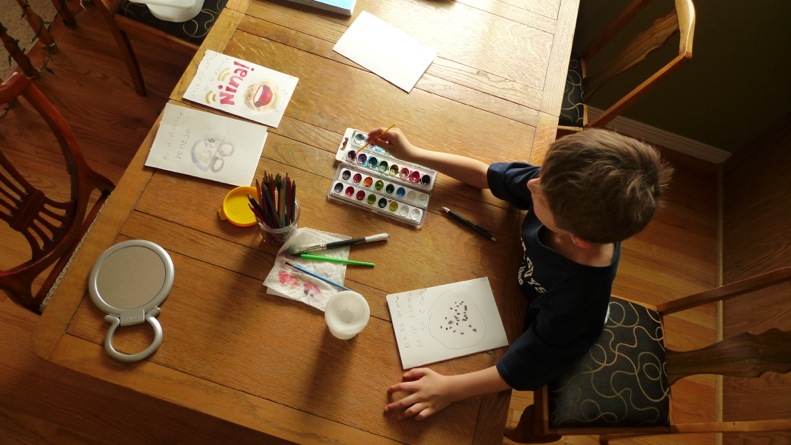 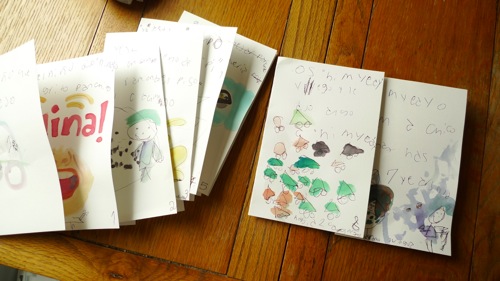 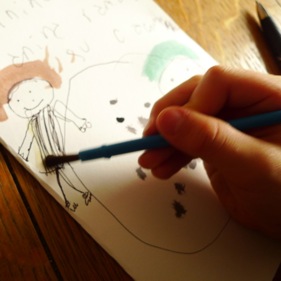 Besides enjoying this activity myself, I’m using it to make Joaquin aware of context (or lack of it), and to start teaching him a bit of spelling and punctuation (very subtle, really just to give him something new to perceive). Like, in this book, out of nowhere he introduced this “Myey”. So I started joking: who the hell is this guy? where did he come from? we need to explain this or people will be confused!. He laughed hard, and agreed to add some info on Myey. Now, whether he writes it or not, we still discuss how all this sudden fragments fit in. My intention again is to make him more aware of context and people’s perspective when information is missing.

As a writer, Joaquin has created a new persona: “Harey”. All books are really written by this Harey guy. He mails his stories to Joaquin, sometimes in volumes of 10 stories or so. I’ve had to bind a couple volumes already with thread and needle, a feat Joaquin finds fascinating.