As the time for vocal exercises started to approach its end, and with an emerging motivation for animated Disney films, I noticed that Joaquin was using my computer to record his own movies. It was so exciting!… Completely spontaneously, he’d impersonate characters and record himself with PhotoBooth, and he’d even bring costume props to enhance his stories.

I was very excited by this new interest of him (and all the social growth it was manifesting), so I joined him in his new passion by offering to make a movie together. A real movie in which he would be the star, and I would show him how movies are made and edited. He loved the idea, and decided that our movie should be as long as a real movie; that is, any duration shorter than 60 minutes wouldn’t do. He wanted it wrapped in a DVD, and he wanted to give it to our local library so other kids could watch it.

So we embarked in a long awesome project that gave Joaquin tons of new information and a series of new skills he was happy to practice… Like acting, allowing himself to be directed, and repeating the same scene for several takes (at first he hated this, but as he noticed how I was using the different shots as I edited the movie, he realized their usefulness, and became willing to film multiple takes).

We created sets and props for our scenes; wrote scripts together; discussed directions for the story; used stuffed dolls as characters, animating them, improvising, developing dialogues. Joaquin watched me edit the movie and after this project, learned to use iMovie to edit several short movies he made later on. He watched me use music to convey emotions in our scenes. He also learned about sound effects, and recorded a few that we used in the finished movie. He also learned to do voiceovers, which are an interesting exercise on acting and timing. Our plan was to dub the movie for English speaking audiences, but after it was finished we were too tired to even add subtitles.

The story evolved day by day since we started filiming in early February. In the end, the theme that emerged was that of a little lion and his friendship and adventures with two friends he meets along the way. At first, the lion is a fierce animal that grunts and hunts for prey, but as he interacts with these other characters he becomes more human and his dreams turn to color and joy. It ended up being an ode to friendship and how it enriches our world. Pretty relevant to our own story (smile).

We’re filming a movie. The script is written on the fly by both. I’m director, cameraman, set designer, and makeup artist. Joaquin is the main actor and master celebrator. I love his improvisations!… Gotta remember that next time; I got a little carried away directing today. 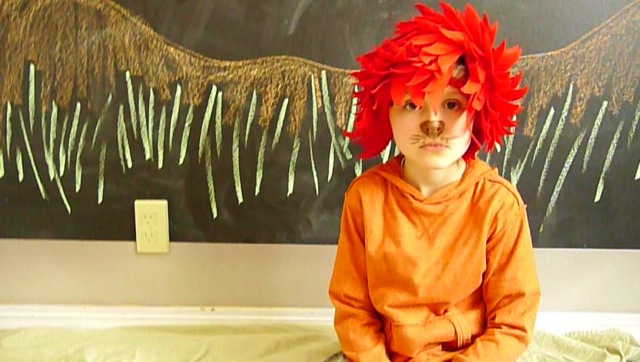 Our child actor was a bit moody on our second day of filming. It was all probably triggered by a morning discussion over how much time mama spends at the kitchen. Co-star, Pillo, was very gracious though, and even posed for us between scenes. 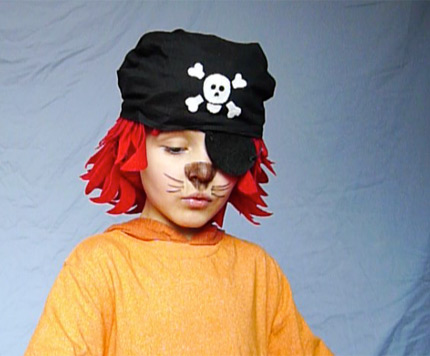 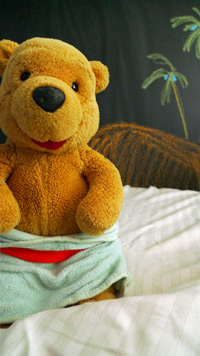 On our fourth day filming, Erin joined our cast for some scary dream scenes in the forest. She made an awesome costume for “Scary Tooth Fairy”, and doubled as set designer drawing a gorgeous creepy forest while Kiki got his movie makeup. 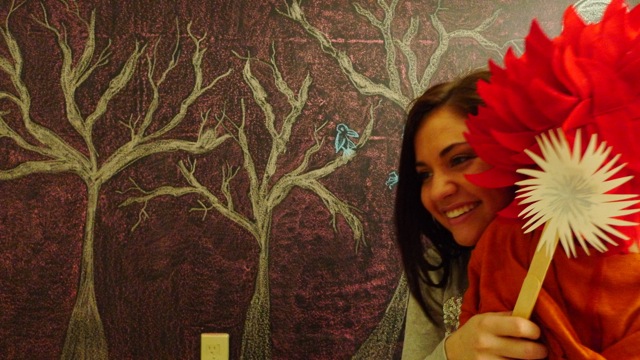 Little leon will get armed with powerful information, just in case: “Scary Tooth Fairy Took Five”, “How to Beat Scary Tooth Fairy”, “Tips and Tricks Against Scary Fairies”, and some newspaper and magazine articles. 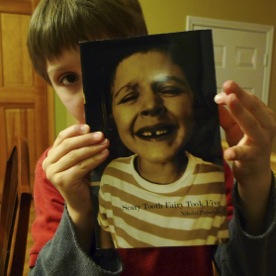 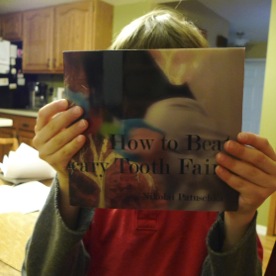 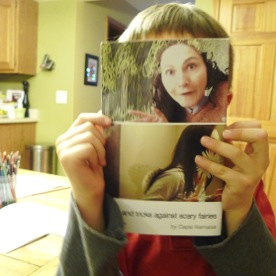 Kiki joined me today making the mural for our circus scene. 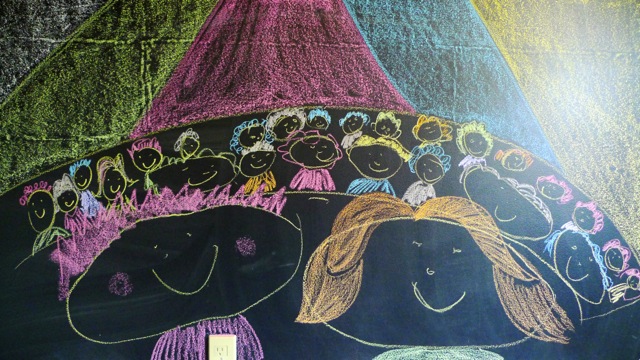 Happy together at the pool. In preparation, Kiki tests some PhotoBooth green screen effects. 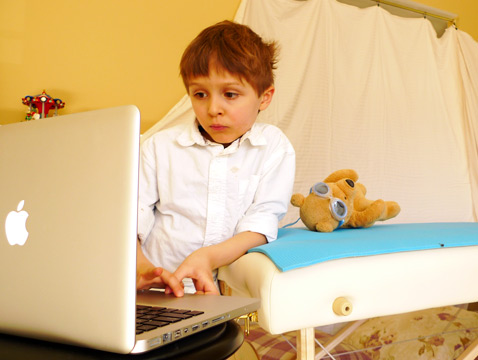 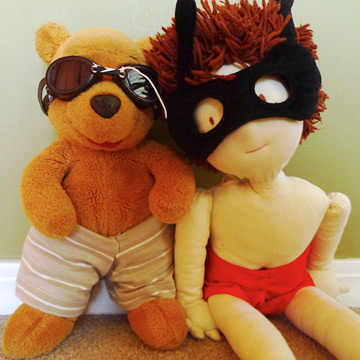 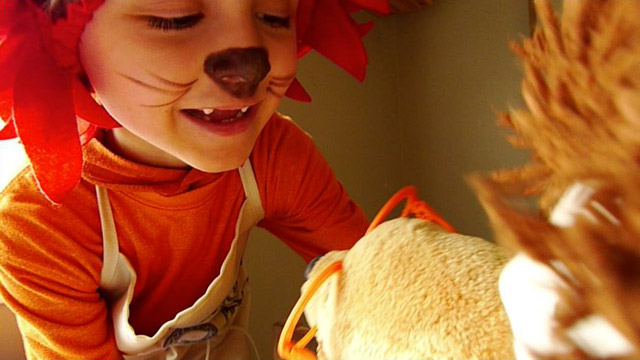 Dancing bollo, you kill me!… Our film today was of a crazy dance party. It was so much fun! 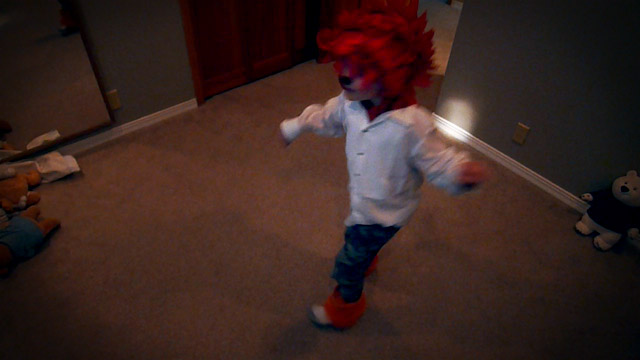 Last day filming “Leon”. We have an ending and plans to start dubbing this week. I still have a bit of post-production work to do and Joaquin is already excited about our next film project, “Astronaut”. 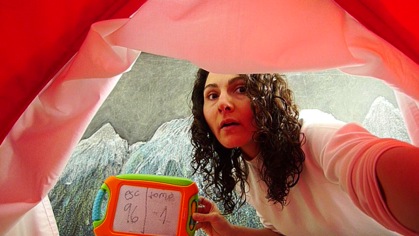 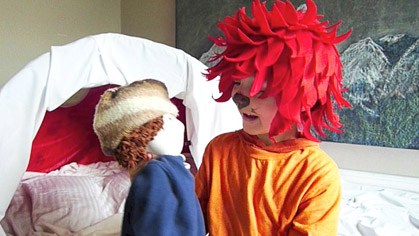 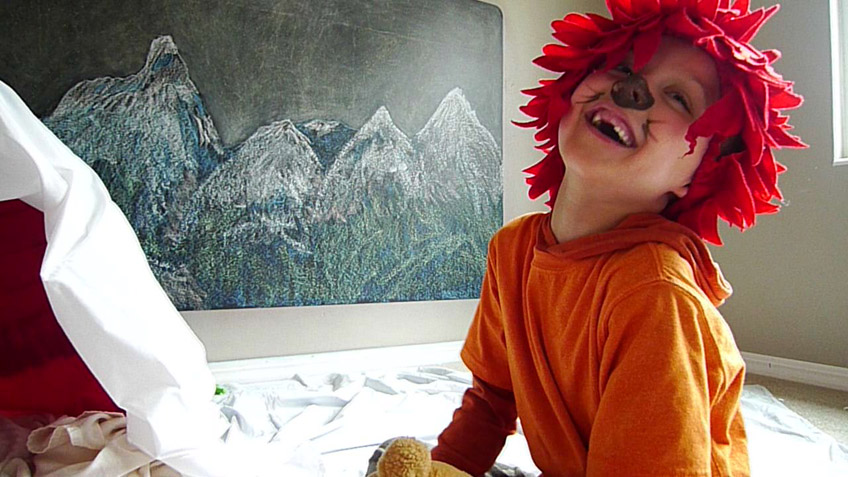