Around this time of our lifetime, Joaquin:

Keeps bowling and rocking. He’s scored his first “turkey” and is a master at picking spares. Has his own ball and shoes and shows up at the alley pulling the rolling carry-on we used to play with in the Magic Room full of his bowling gear. Recently, one of his pro friends —the kid has a bowling tribe now— suggested that he needed more space for his approach. Since then Bollo’s swing has become more open and powerful. This week he’s readjusting his hook with the changes. He hates getting gutters and always announces that he’ll manually change his score if he gets zero on a frame. But he never has to; if his first ball goes to the gutter, his next always knocks down nine pins or so. 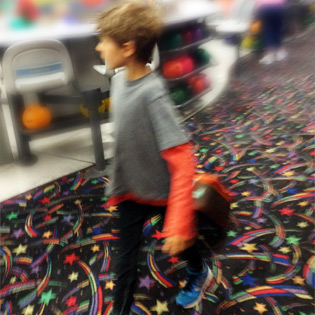 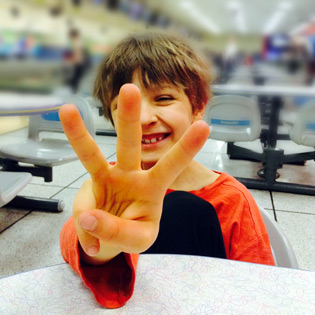 Loves basketball. Playing and watching. And screaming when his teams don’t do well. He follows games and can tell you all the details over the phone. His favorite team is Los Angeles Clippers. He happily invested a significant amount of Grandparents dollars to purchase a Blake Griffin jersey which he adores and promptly replaces before meals to keep it clean and beautiful. Never before!… The night the Clippers lost the playoffs, Joaquin’s sobs woke me up:

Has an emerging interest in comics. As soon as he told me, I took him to a comic store. He picked a Superman against monster little magazine, read it solo at bedtime, and next morning informed me that he was done with it. He didn’t like all the monsters and was afraid he might have bad dreams after seeing all those yucky monster pictures. We gave the magazine to a bowling friend at the alley and I suggested Calvin and Hobbes for his next try. He’s currently reading it, almost every day. He usually reads when I’m cooking or watering the plants, so I happily listen to his little updates coming to inform me what he’s understanding by himself. In a very subtle way, he’s practicing comprehension skills at his own pace.

Spontaneously praises me and thanks me for all kinds of things and treats I do for him. I’ve learned that he loves the different things I bake for him for breakfast and he especially loves Sundays (he and Joey go bowling before eating, and when they come home they find a freshly baked surprise). I’ve definitely learned that he loves my cooking, that he thinks I’m very nice, and that he doesn’t want me to die before him. Ha! Good luck with that one. I already called dibs there.

Has become a regular participant of Friday movie nights and has a couple of my TV shows that he follows with me. I love discussing the ongoing stories with him; my thumb rests during the whole viewing on the remote’s pause button. Refused to watch “Still Alice” with me; knowing about Alzheimer’s from several Grey’s Anatomy episodes, he did not want to experience the emotions he anticipated on the subject. But when he caught me watching “Pearl Harbor”, he couldn’t resist and became very fond of Dany (Josh Hartnett) threatening to cry should his character die—oops!

Declares he does not believe in Santa Claus. Presents show up magically; no way the fat man squeezes down chimneys or flies a sleigh above roofs. The Tooth Fairy is totally real, however.

Decided that he wants to have a real job and earn real money. For this reason, he started making art again. He wants to sell his paintings on etsy or any other online resource I think for him. I love his industrious spirit and to see him playing with art supplies again, but I’m also warning him gently that things don’t automatically sell as soon as you post them online. He’s made a few paintings and is also interested in writing a comic book. A few times he’s asked me if he can make money from it. Oh dear… 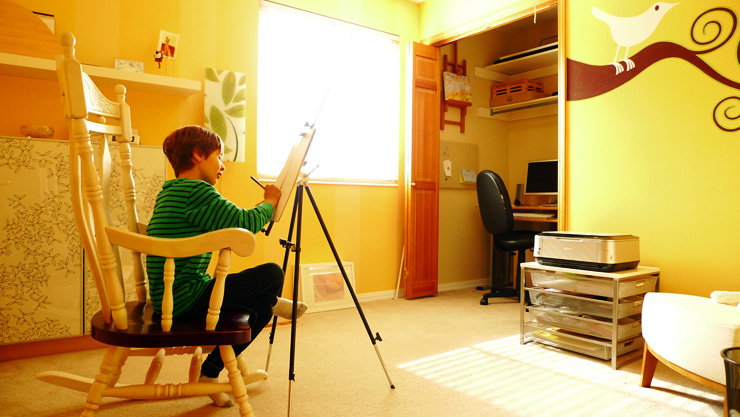 Is taking his second class with an independent Art teacher. His first time, last winter, I was present in the room. He wanted me there, and given some small harmless Joaquin mischief performed on the first session, his teacher also wanted me there. But this time I’m not going in. Here I was attempting to work on my laptop out the door when I noticed that every once in a while I wanted to peek and know what was going on, what he was talking about with Miss Nancy… Is everything okay there?, my protective mommy mind inquired… I watched him working and participating like everybody else and smiled. It was a bit amusing… Watching my thoughts and excitement to be giving him a “school” type experience away from mother. It’s gotta happen at some point that I won’t be there to observe, notice, soften, coach, and save. And he’s ready. 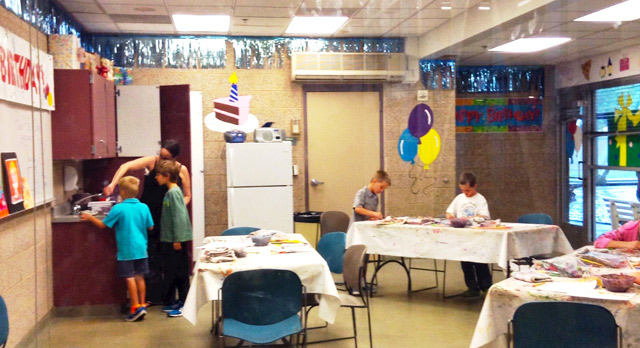 I loved our conversation before the first session:

M— “Okay Joaquin, so… Be nice to the kids, pay attention to Miss Nancy, if she says ‘baila pajarito’ you dance… And make some beautiful art”

J— “I’ll be nice to the kids, I’ll listen to her… I’m very happy that I’m taking this class”

J— “Yes. I want to learn because I want to be a better artist.”

And there you go!… That’s why you behave in class. Because you care about learning; not because you’re a little child who needs to learn to take directions from grand adults. Take that, name I won’t mention.

Has become a fan of arcade games and a budding gambler. Every day for the last two weeks, he makes a cash withdrawal from his piggy bank in order to play games after bowling. After spending fifty-five Tooth Fairy and Grandparents dollars in vain he’s starting to see that perhaps this game is a scam.

Started working on a stop-motion animated film. We finally cracked open the kit he got this Christmas and made a non-illustrated storyboard based on one of his Coco stories. And when it was time to start modeling our props and characters, Kiki discovered playdough all over again. But unlike two years ago, when he resisted it a bit (because he found it challenging), this time he was all over it, loving it, massaging it, building with it, fascinated by mixing all the many colors he put on his playdough house to see what kind of poopy shade we got in the end. 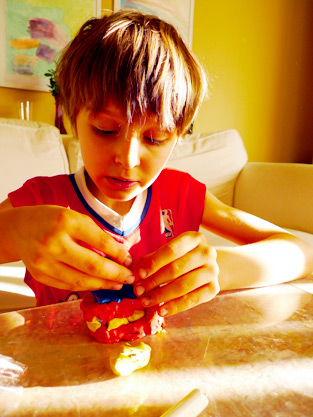 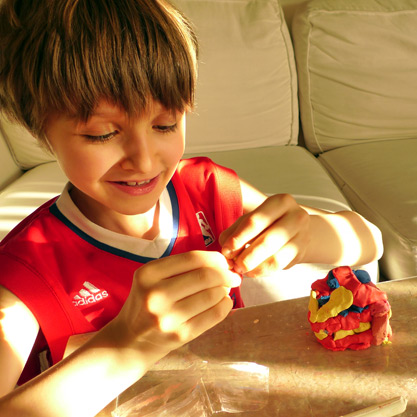 Likes to talk about the animals that were killed for him to eat his lunch meat. The cows (not many); the chickens. The first time we talked about this he expressed being sad about them. But when I asked him if he’d like to stop eating animal meat, he responded no way. The kid loves meat and beans and spring rolls, and he beasts chicken thighs to the bone like a champ. A vegetarian child of light, this ain’t…