“King of Swords” The Genesis

When the last season of Game of Thrones started, Joaquin protested. He knew Joey and I were very into it, and he claimed he hated it. So of course I explained to him why this last season was so exciting: The fact that we had waited two years for it. The place where we were on the story, with the army of the dead on its way to Winterfell. Joaquin was wide-eyed with the plot nuggets I shared. He was officially in!

He was so in, he started reading every article he could find online about the plot and predictions for the series ending. We decided to allow him to watch the final episodes with us and only after we had watched them first. This way we could let him participate in the collective excitement while filtering some of the parts we considered too violent or in any way inappropriate for an eleven-year-old.

When the show was over he asked to watch the whole series. I knew that was coming, of course, and had my answered prepared: No way. But we can read the book. He said yes! And I relished in this development since for many weeks I had been pondering on how to bring back a motivating reading practice this summer. I knew also that if he read the book he would very likely become motivated to write his own GoT-inspired story as well. I know this kid and his creative spirit very well. What I did not predict though was that this motivation would inspire something even better.

Because I love filmmaking, I found myself watching every Behind the Scenes video that was released after each episode in the last season. They are amazing! The kind of effort and artistry that went into this production makes me want to slap every person who calls “trash” the last season. You may judge whatever you want, but trash this work is not. I invited Joaquin to watch these videos with me. He loved them just as much as me and announced:

I’m going to film my own Game of Thrones story

This is the dream of every unschooler mom. A filmmaking project is incredibly rich. Not only would he read the book—he’d create a product. A product that would involve: 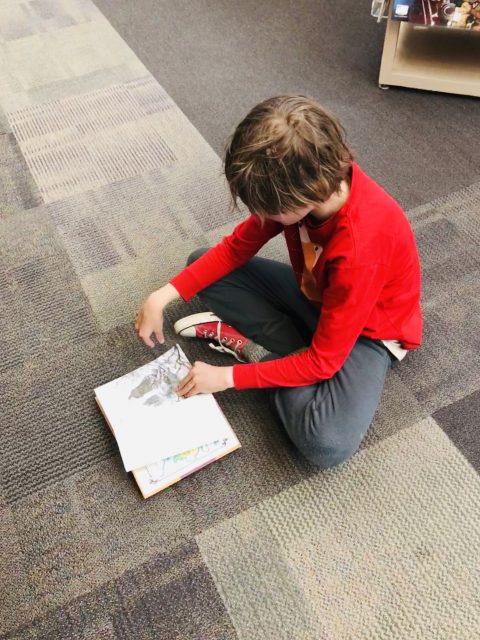 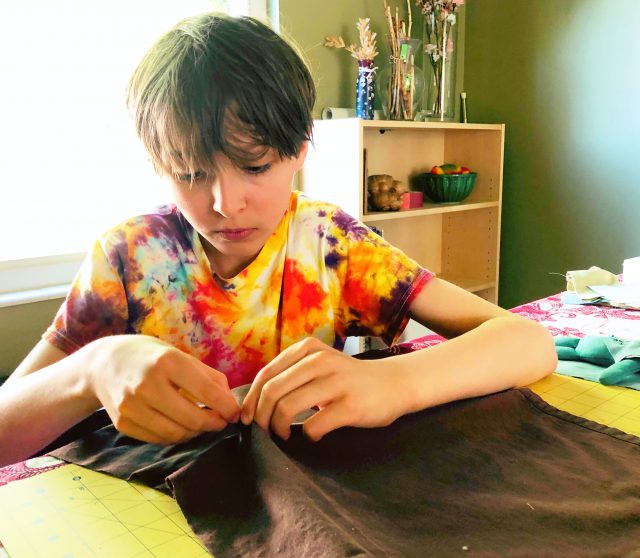 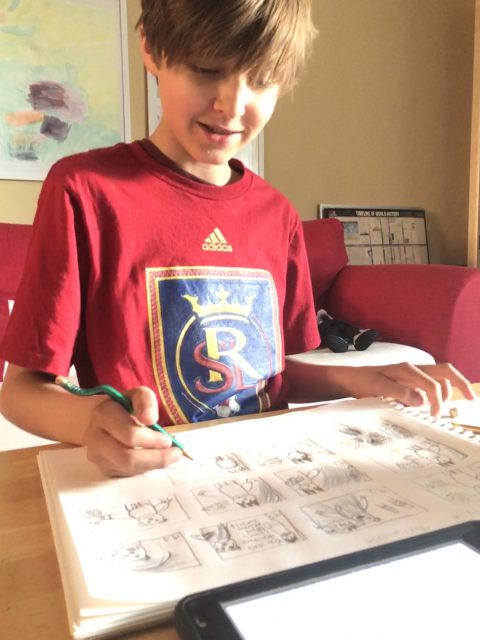 I wasn’t sure that he would go for all this. Our previous filmmaking projects have stretched his ability and interest in planning and dealing with some of the preparation steps, but in general they tended to be faster to filming. Joaquin didn’t have the maturity to wait a long time before he could see the product—the payoff.

But two months into the project I’m happy to see that he’s grown. We’ve spent all this time writing our plot ideas, making costumes, and now working on a storyboard, and his motivation is still strong. In fact, he tells me he loves that we’re preparing this film with such detail. He wants a good product and finally has the maturity to realize that although improvisation and speed are fun, sometimes they don’t produce the excellent results we see in our minds. I’m thrilled that our third film is including steps I couldn’t dream of when he was younger.