Patía is a character my son created when he was nine. He was writing his first book, “Mission for Disaster”, with his whole set of stuffies as cast, and surprised me conjuring this new “Patía”, a wild, naked woman, who had pointy red hair, and lived in a sewer.

At first, he spoke of her as a wild thing, but over the course of the story she grew as a leader with admirable traits: Patía is brave, strong, and smart. Not the fastest runner, or best fighter in the team, but her gift is the ability to locate herself and find the way. She was a mother and one of the story’s heroes—a “chica fantastica” (tr: fantastic girl). 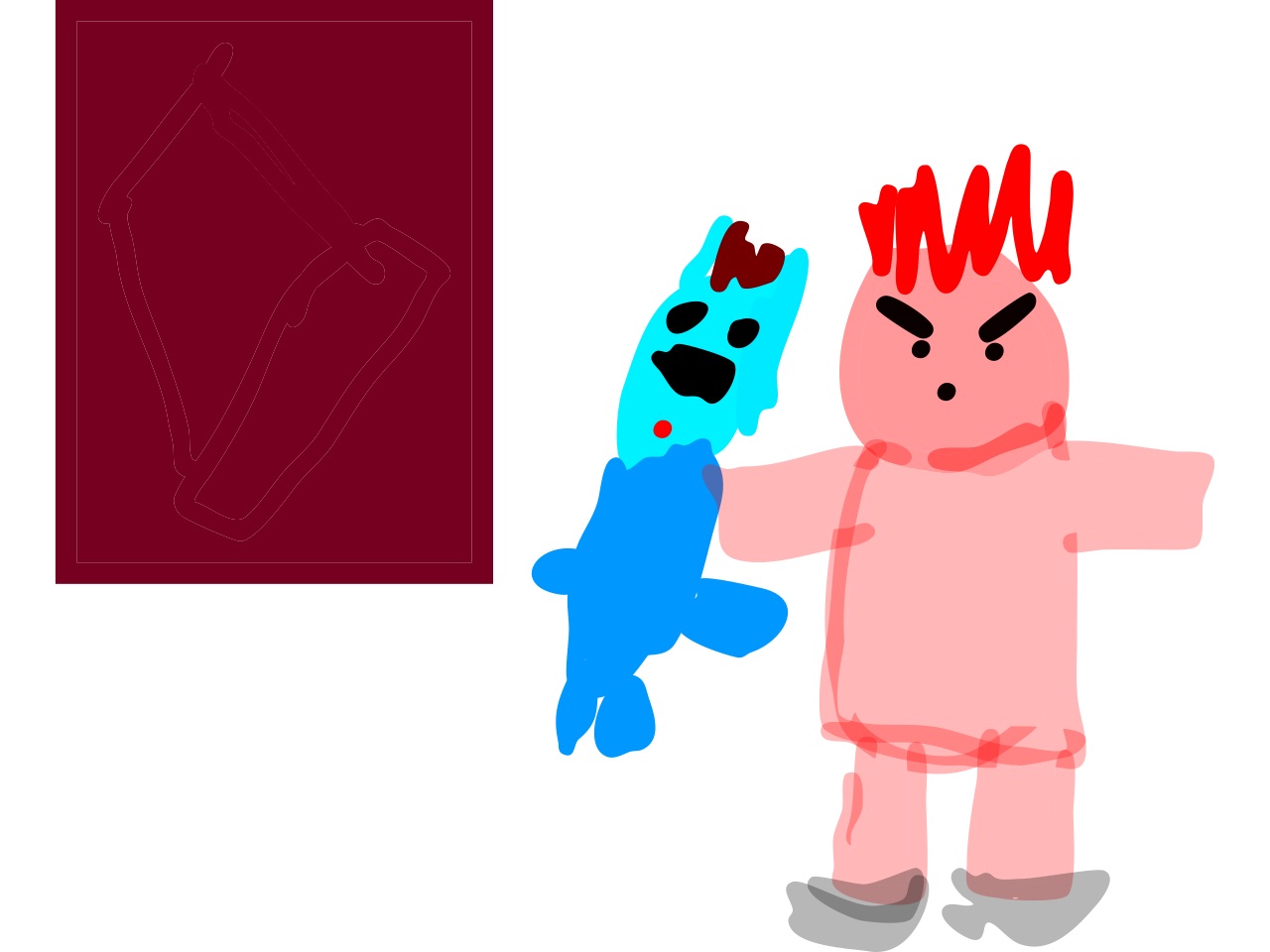 Months later, when Joaquin had written a second (sequel) book and started a third, he became interested in filming the whole story and needed her in physical form. So based on his drawings, I made a Patía doll for him. 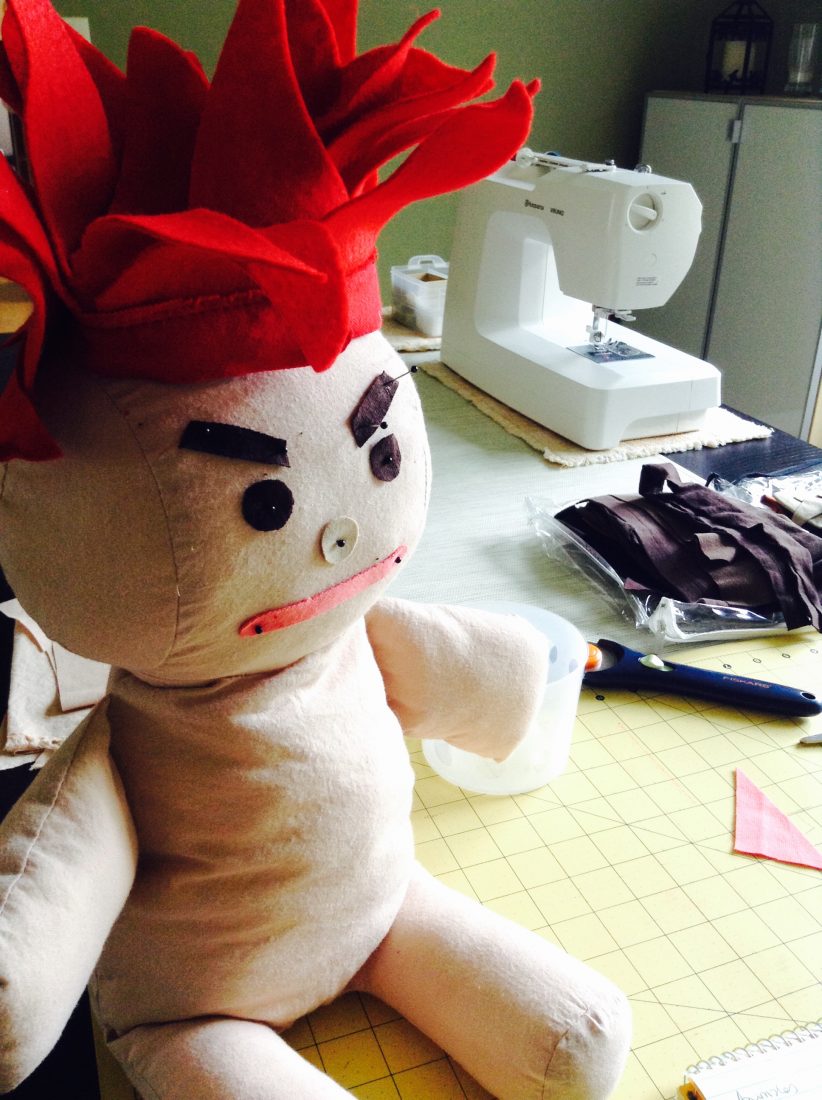 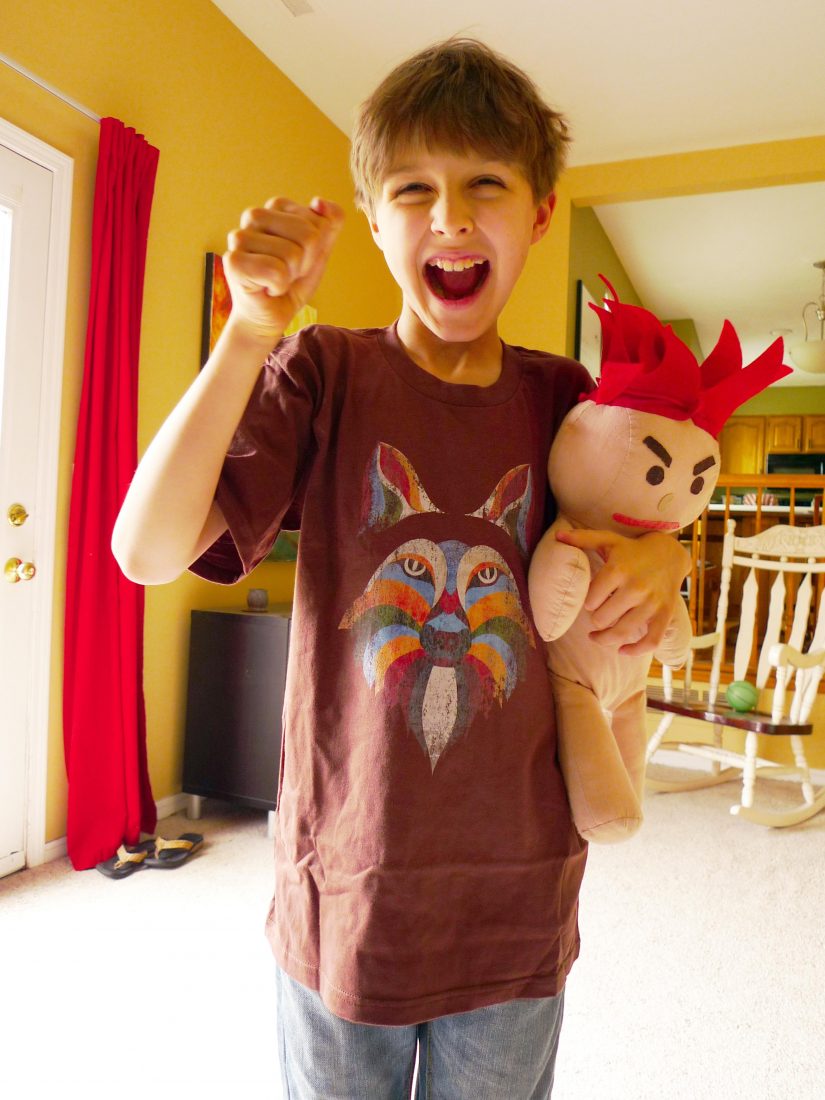 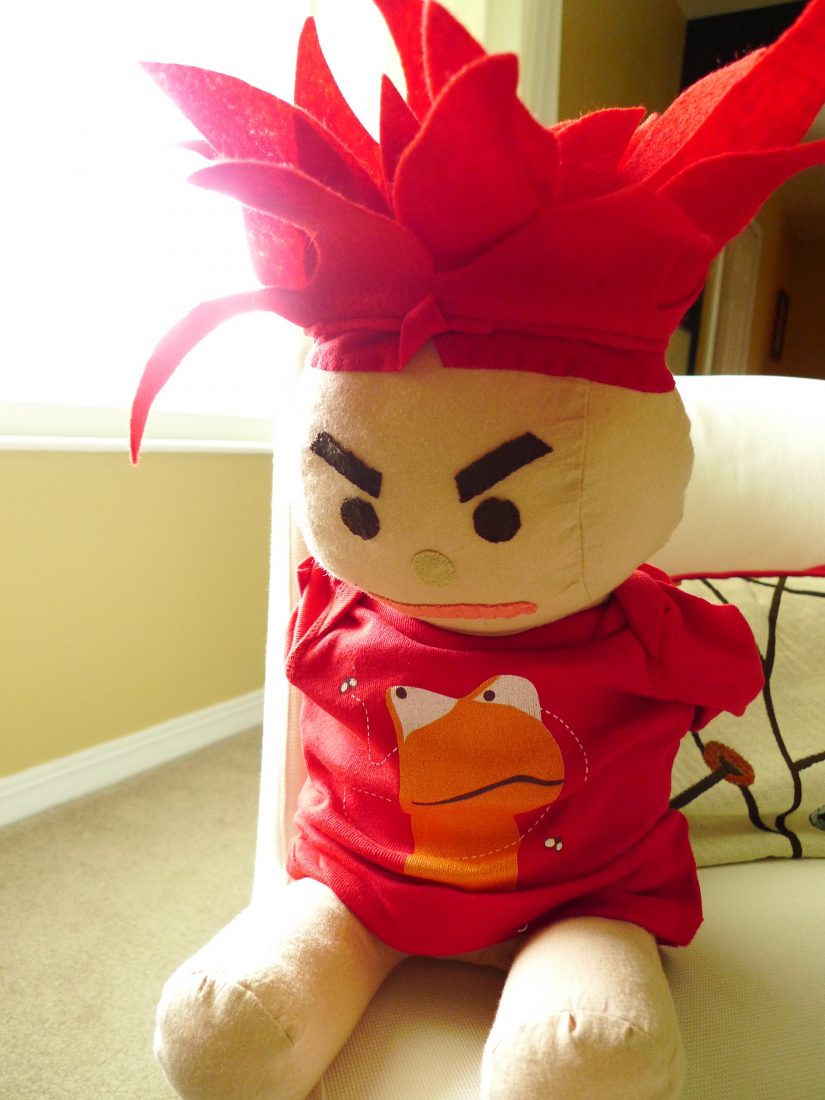 As many of Joaquin’s stuffed friends, she has enjoyed her time as his favorite and most loved friend, imminently followed by her turn as most hated one, once his love goes to someone else. They say that love and hate are next to each other on the circle where every emotion lies, and this kid’s emotions for his stuffies are proof of that.

In a more recent story, Patía was “Gertrude”, a warrior champion, friend, ally, and mentor to the story’s hero—she taught him how to overcome his emotional wound to be in full control of his untapped and great strength. 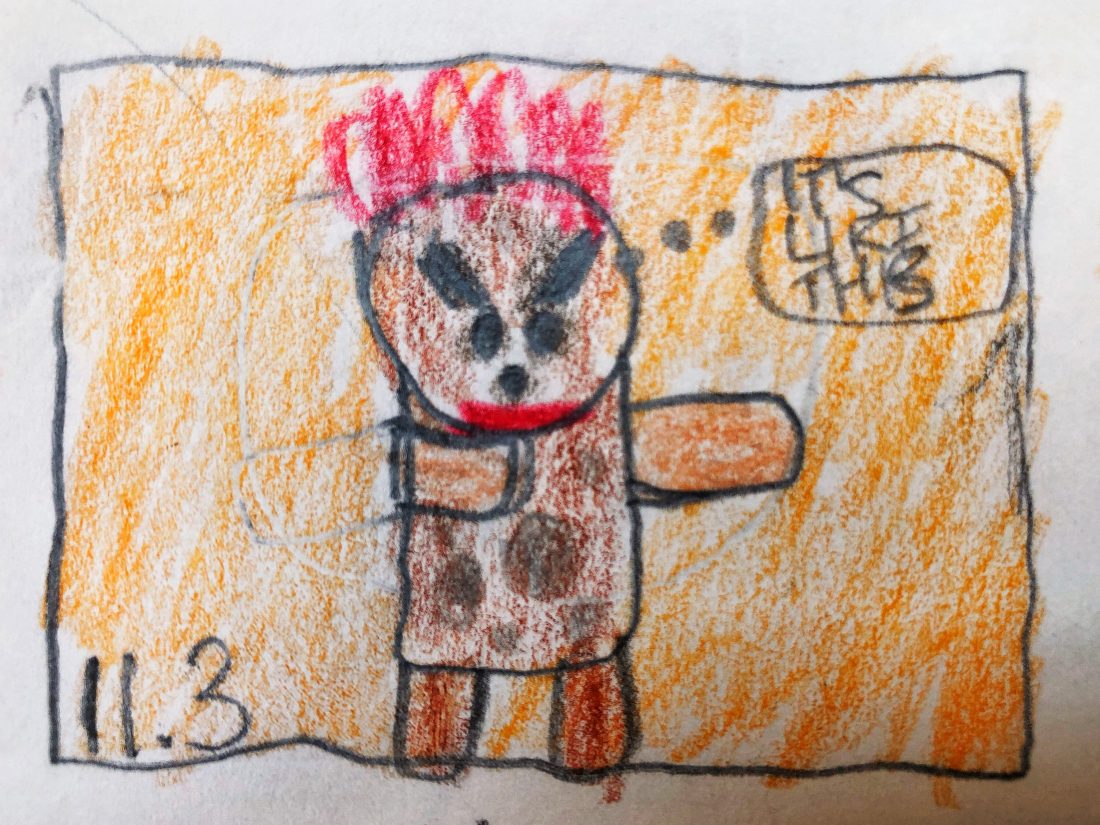 However, from brave-strong-smart, and the authentic no-sugar voice that always told Joaquin the truth about him and everything else (this is how he used to animate her), she became a whiny loser… a “storm crow”… a player who blames luck for her misfortunes and failure. My husband was annoyed by her voice and personality, and after a game of Tapestry with her, Joaquin started disliking her so much, last week I found her banned, lying alone in the dusty space under his bed.

With my bedroom (sanctuary for hated stuffed friends) already at capacity, I cleaned my dear Pati, gave her a scarf to hold her wobbly neck (her throat chakra was definitely hurt), placed her in my Bird Room, and have started speaking for her as she once was: strong, confident, a powerful wild and authentic woman who needs no approval from others to use her voice, speak her truth, and stand for herself, her own, and her worth. 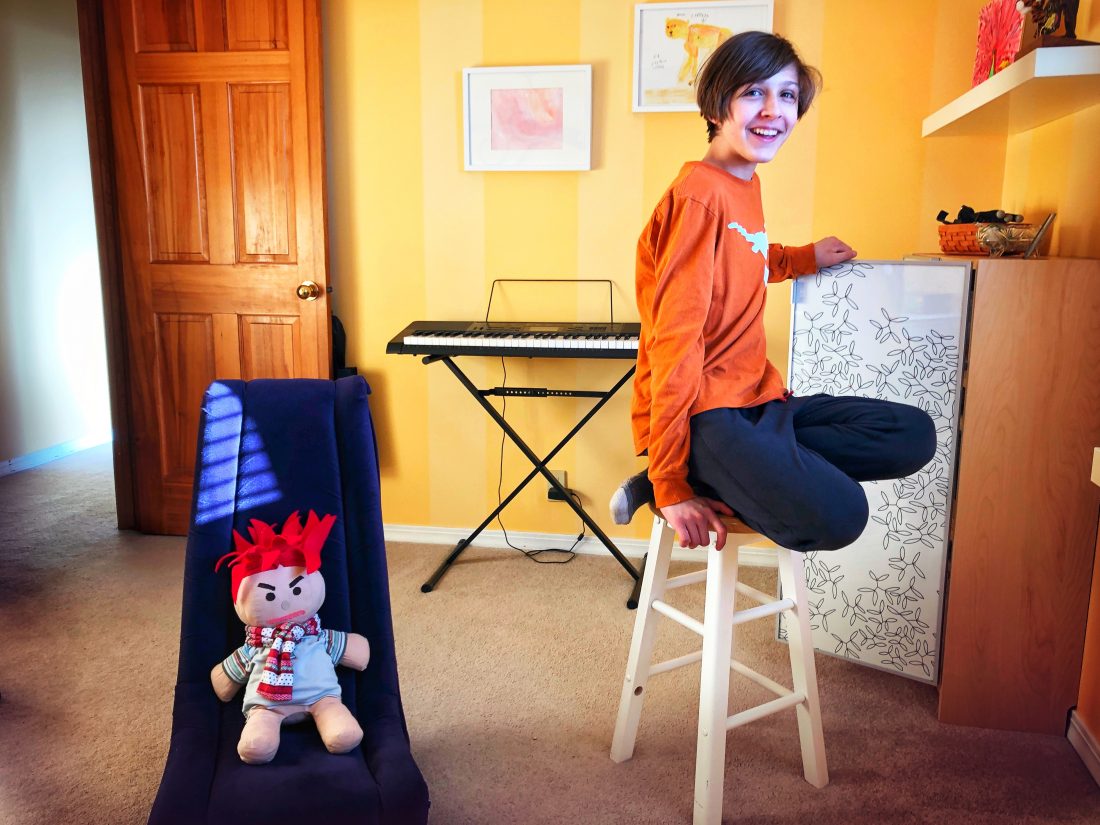 There is a chica fantastica in every woman; she’s been called many different names. I see her in me, and in you.

Sometimes life throws curve balls at us, we lose some battles, and she forgets her power, and becomes that whiny voice that lands us in the dusty and dark place under the bed.

I’m taking care of this one.

Just wanted to show her to you, and ask: Is there a brave, strong, and smart Chica Fantastica you’re currently keeping in the dark?

Clean her up.
Heal her throat (her/your power of will and choice).
Let her show you the wild and unique force that you truly are.